Another Day in Williamsburg

Tim and I headed back to Colonial Williamsburg today with the intention of touring the area around the Capitol building.  We took the tour of the Capitol and then of Charlton’s Coffeehouse, the newest building in Colonial Williamsburg.  The reconstruction of this building was just completed in 2009, and it is the first building to be reconstructed since the mid-1950s.  It’s a simple building, and favorite part of the tour was being served coffee, tea or chocolate at the end.﻿

After lunch at Shields Tavern, we walked down Duke of Gloucester Street, wandering in and out of many of the buildings.  We discussed medicine with the apothecary, watched the silversmith at work and learned about the process of printing and bindery.
﻿
﻿
﻿
﻿﻿ 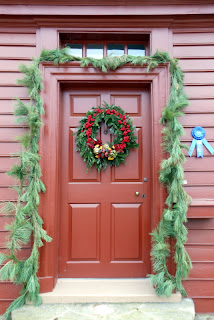 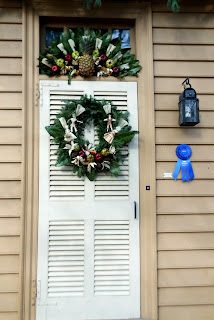 After touring two of the historic houses, the Peyton Randolph House and the George Wythe House, Tim and I both commented about the quality of the tours.  Many of my friends know that I’m not the biggest fan of house tours.  I used to avoid them whenever possible, but I have mellowed in the last few years.  I particularly like tours conducted by National Park Service rangers.
﻿
﻿﻿

Some of the tours we’ve taken the last two days are equal to, or even better, than many given by the National Park Service.  Tim and I both have been very impressed with the interpretation at Colonial Williamsburg.  I especially enjoy the tours where the interpreter is not strictly an eighteenth-century character, but provides a broader interpretation of the site.  The tours we’ve taken have been much more than a description of the objects in the rooms.  Instead, the guides offer a much broader “history lesson.”  They have managed to make history come alive, without lecturing to the audience.

I gained a much better understanding of the issues of the time, the key players and the city where it all took place than I ever had on previous visits.  I have to really complement Colonial Williamsburg and its interpreters for a job well done.

After returning to our campsite, we sat around a campfire with two lovely couples who are camping next to us.  One couple has been full timing in their RV for fourteen years and has visited over 300 units of the National Park Service.  They also collect passport stamps, and it was fun to compare notes and get pointers on places we should visit. 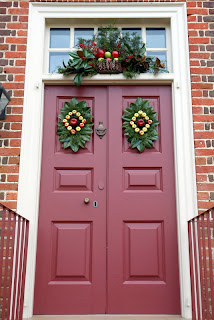 Email ThisBlogThis!Share to TwitterShare to FacebookShare to Pinterest
Labels: Virginia

Road Trip Ramble is the chronicle of a nine-month journey with our cat throughout the United States. Traveling in a Free Spirit, a Class B motorhome from Leisure Travel Vans, we followed back roads and scenic byways as we visited national parks, museums, historic sites, charming small towns and any other place that struck our fancy. We're back home now, but you can still come along for the ride.